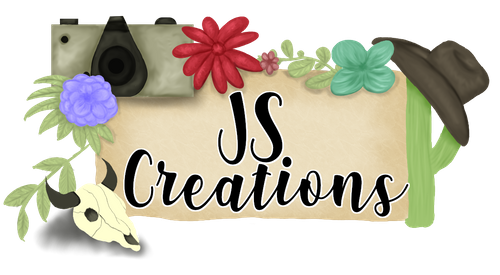 Hey, guys! Told ya I'd be back with another blog post! I'll try to do these more consistently now that I will be spending a lot more time at home instead of driving to college everyday!

So anyways one thing I want to make kind of an annual "event" is doing photo shoots at state finals. I think it was pretty obvious from my last attempt to take rodeo pictures that I am not the best action photographer (yet...? I'm working on it!) but I would still like to be apart of capturing people's state finals (and the last state finals for seniors.. big tears) in some way. I did a poll on Instagram asking my followers if they would prefer studio shoots or casual lifestyle shoots outside the arena. Non-studio shoots won by just a bit. Maybe I'll have all the equipment next year and find a space to set up a studio, though! I think that having professional rodeo portraits done would be something really unique to have as you apply for scholarships, colleges, ect.! But like I said, that will be my major goal for next year! I did just start taking pictures in November, so I'm far from having the equipment and means to set up a studio!

So it's time to start working out the details of these sessions!

I want these sessions to be short, but still capture a lot of special moments while allowing as many sessions as possible over the week. I'm thinking the minimum of 15 minutes, with a maximum of an hour? And I'd create slots for roughly 5-6 sessions each day. Maybe more on days the junior high rodeo isn't going on to allow the junior high contestants more opportunities to snag a spot! I also will *hopefully* have a nicer zoom lens by then and will be able to get some cute candids while people are warming up or waiting to run. If and ONLY if there happens to not be a contracted action photographer at state finals, I'll take pictures while people are in the arena running. But if another photographer is being paid to be there, I'm not going to take anything away from them by taking pictures!

I would like to leave that up to the contestants to decide! If you want strictly portraits with just your horse on the ground for an hour in rodeo clothes doing standard poses, let's do it. If you want me to follow you to saddle and warm up before grand entry, I'm down. And if you don't have a horse or don't want them in the pictures, that's cool too!

But, just as a base line for those that don't have a specific idea, I would like them to resemble the shoot with Merrit a lot! A lot of them are very natural and I think those are the moments that are the most special besides just strictly posing! (This is a link to view the entire gallery with Merrit!) And pictures don't just have to be in rodeo clothes! If you want to wear a nice casual outfit, we can walk up to the grass patch by the highway for something with a "non-rodeo' feel. Or if you/a friend lives close by the arena, we can meet there to do some pictures!

So for pricing, this is along the lines of what I'm thinking:

Seniors might get a special discount, free prints, or something else. I'm still trying to come up with something special for them!

This is all still just an 100% idea. NOTHING is set in stone, and who even knows if this pandemic will all be over by June to have the rodeo.

If you're a rodeo official and see something I'm doing wrong, have a suggestion, and/or I'm breaking a rule, please let me know! Like I said, I've never done anything like this before but I would like to make if an official event each year to have some extra professional images to hold onto from a very special week of rodeo. I graduated last year and I know I would loved to have had the opportunity to get some more pictures at my last state finals besides just action shots!

You can email me at JSPhotographyMS@gmail.com, DM me on Instagram (@js.creationss) or message me on Facebook JS Creations with any questions, comments, or concerns.